With the triumphant return of Chinese athletes to the Tokyo Olympics, the country has set off a boom in fitness sports. In order to enhance the communication between colleagues, enrich the spare cultural life of the staff, promote their friendship, improve the cohesion of R&D team, simulate the staff to work carefully and live a healthy life, SmartGen R&D center held the 2021 “Mass Sports Go with the Olympic Games” table tennis competition from September 1st to September 15th during leisure time. 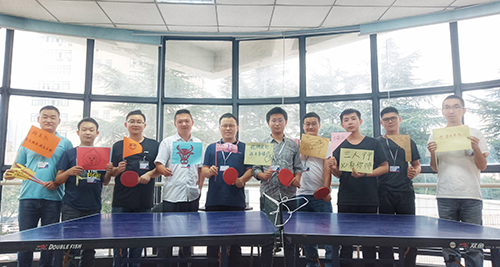 In order to promote the national sports spirit of “Cooperation and Aggressiveness”, R&D center decided to play the game with team competition. The competition offered equal opportunity for men and women. The participating teams were determined by drawing lots, and 5 members per team. The knockout was adopted in the group stage. The competition was conducted in pairs, and five games were set, each mini-set was played for three rounds, using the ITTF’s 11-point rule of play. The player who firstly wins two rounds will get 1 point for the team, and the team who first gets 3 points will reach the team’s victory and advance to the next round of knockout. In order to emphasize full participation, the five sets were as following:

Before the competition, each team needed to give the lineup to the referee. Before playing, the players even didn’t know their opponents, increasing the blind box effect of the competition. Therefore, the coaches of each team played a vital role. Tianji’s horse racing can give a lesson. You may not win in technique, but if you are familiar with the art of war, you can still win the victory for the team. After several rounds of fierce knockout, the final three teams competed in tag match for the championship. 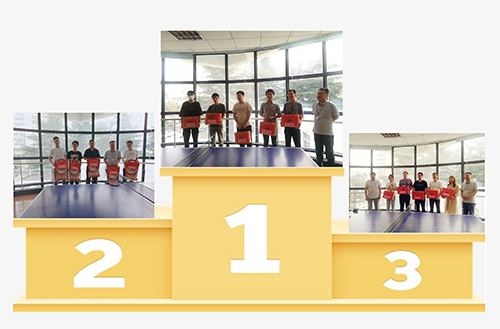 Win without pride and lose without discouragement, take every ball seriously. Even if you win, you cannot take it lightly, negligence is likely to give the opponent an opportunity to take advantage of it. Do not worry if you lose temporarily, carefully sum up the experience and lessons, and prepare for the next fight.

Of course, there are some funny clips. 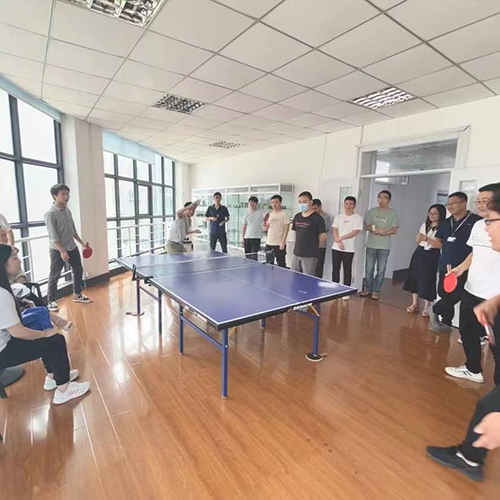 Thank the leaders for their participation and attention, thank the referees and logisticians for their silent hard work and reasonable planning, so that the competition could be carried out smoothly and in an orderly manner.

The R&D center takes this competition as an opportunity to give full play to the functional benefits of enterprise culture, further promote staff participation in fitness sports, actively participate in physical exercise, comprehensively improve physical quality, and lay a solid foundation for careful work. 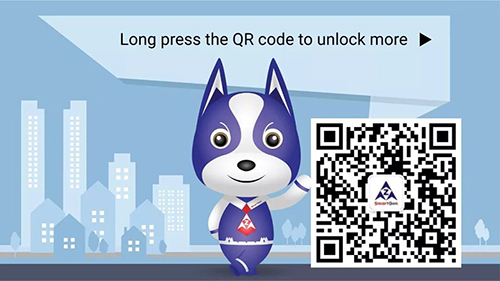